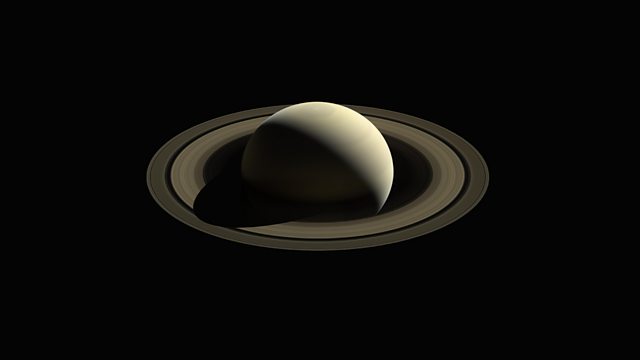 It has been somewhat hard to accept at times that the resolution of the contradictions facing me will merely create a further set, and the relentless truth of this has often led me to seek some respite. I have even made efforts to assert the supremacy of harmonious principles to offer me some comfort when faced with the irreconcilable resolution of these oppositions.

I have not gone as far as some who would assert that there is a force termed Harmony which somehow locks together the manifestly diverse elements of the universe and who, by some intellectual leap, go on to conclude that since these elements are related they therefore provide confirmation of the existence of an ordered environment. A circular argument, circulus in demonstrando if ever there was one. And so I learnt to beware the Comforts of Harmony.

For most of us harmony is no more than a fleeting pleasure brought on by culturally determined arrangements of sound, word or colour that are what some might call happy. All very weak.

Objectively, in the world of music for example, Harmony does describe simple ratios of number that produce a tonal scale that either fits or challenges the prevailing culture’s definition of what is pleasant. Pitch has to be limited in some way if the building block of music, scale, is to emerge. It is true that the limiters in the Pythagorean scale, the diatonic to us, do reveal a fascinating set of ratios that produce what we would term harmonic sounds but only because the nature of this ensemble of sounds is aurally pleasing to a Western ear. And so Harmony has come to mean pleasing in general parlance, although there is nothing in the mathematical delimiters that produce various scales that makes it necessarily aurally pleasing to any particular culture.

The same holds true of the visual scale also. I can see that too many greens in a garden produce such a close unity of colour that it cries out for the relief of some other colour, whereas too many colours over-stimulate the cones in my eyes and the ensemble is impossible to look at for any length of time. A “balanced” use of colour comes from a logical structure that delivers the end result to my brain in an orderly fashion. All this seems to imply that there must be differing degrees of harmony, some of which may be shared.

I suppose the Renaissance painters are the most famous for having sought out visual harmony and balance.[1] Artists like Da Vinci, Michelangelo, Titian, Tintoretto and Veronese pushed harmony to extremes of complexity, obsessing about how they might combine the forces of the disparate elements of their craft. How to control anatomy, proportion and spatial harmony through form, colour, light and shade, composition and perspective? Their conclusion was to exploit the contradiction between movement and rest by holding these together with focus.[2] Most cleverly, while movement in their works is important and necessary, the eye is always given a point of focus and rest. The resultant aesthetic portrays dignified movement that gives an impression of calm, variety, richness, simplicity and unity, It is marvellously self-contained and conforms to Alberti’s definition of beauty in the 15th century as “that harmony of parts to which nothing can be added or taken away without destroying the whole”.[3]

It is also to Alberti, a Renaissance Man of true stature, that we owe early articulation of the key concept in the success of this aesthetic: a geometry of the composition of surface called perspective. This magical organisation of the two-dimensional layer of the painting surface into a three dimensional visual experience is a logical extension of the early Renaissance reliance on mathematics to control the data of the visible world. It was but a short step for this generation to proceed from the geometry of space and the human figure to a geometry of surface composition that mimicked the three dimensions of actual space.[4]

The Harmony of the Cosmos[5]

The core obsession in all this has been with form and such notions of order were then applied to the cosmos, asserting form to be our basic reality.

Some observers of the sky had come to believe that the world was created according to a plan which created archetypes in the world – geometrical, musical, metaphysical, astrological and astronomical – whose principles led us ultimately to the reality of the soul. In 1596 Johannes Kepler, destined to become an absolutely key figure in the 17th century world of scientific revolution, wrote the Mysterium Cosmographicum – the Sacred Mystery of the Cosmos – believing that the world had been created by God according to a Plan. His discovery that the planets existing within six nested spheres, as verified from mathematical measurements, led him to believe that he had actually revealed that Plan. His book was also the first published justification of the work of Copernicus, who had hinted that the Earth might not be at the centre of our planetary system.

Kepler’s enthusiasm was born of theological conviction so, since there were archetypal principles in the world, here was proof of a connection between its physical and spiritual parts. All harmonies, including musical ones, could be shown to be geometrical. These derived from divisions of polygons that create “just” ratios, ranging from one in two through four in five to five in eight, rather than the irrational ratios of space observed between the six Copernican planets.

The revelation of hidden order in ranges of sound was applied to the planets which were discovered to be held together within a similar kind of order. It was even posited that the varying distances of the planets from the Earth were differing musical intervals, with some claiming therefore to be able to listen to the music of the heavens which, from readings of Plato, led to the later concept of the music of the spheres.

In music this notion led a further extension of this structure of harmony into the seemingly divine vocal canons, a word that comes from the Greek word for rule or law. In this most strict form of counterpoint, one voice is bound to imitate the rhythm and interval content of another voice. This second voice must be an exact repetition of the first, except for entering later than it, and not deviating from it. Upon this base many complexities of the form were constructed over the centuries, including the deliberate breaking down of these rules. The basic trick was the use of contrapuntal inversion, that is two melodic lines that are performed simultaneously with either line functioning as the base point, in order to cause the ear to marvel at how the second voice is seemingly generated by the first. A music divinely inspired by the geometry of the spheres[6].

Experience shows us that harmony is not a natural quality yet still it persists in many humans as a burning desire whose Comfort has come to be idealized into the Deity. You will have problems at this stage in my argument if some version of the gods is still your reference.

If harmony has to have at least a semblance of truth, its “creation” necessarily implies a sovereign framework where space has universal uniformity, absolute time a single direction and both move at constant speed. In a world so governed by such absolute terms, it can only be gods who see and understand it at the same time. Accepting this as a truth denies people access to their own being and its inherent capacity to respond creatively within its confines.

Each of the three great world systems of thought and belief – Christian, Muslim and Hindu – has thrown up across the centuries its own defender of the harmonious principle. Mahatma Gandhi connected the spiritual with the temporal as he tried to accommodate his awareness that humans are “more things than one[7]”, thereby challenging the prevalent notion in Indian society at the time which insisted on the division of the spiritual from the secular, and the life of contemplation from that of base politics. This practical philosophy, born of a need to integrate into one life Gandhi’s passion for politics, religion, ethics and aesthetics, has had far-reaching effects on our current ways of thinking.

Earlier, Gottfried Wilhelm Leibnitz, in his desperation to reject materialism and dualism, cooked up a contradictory philosophy of mind in which mind and body are pre-synchronised in some way, hence denying interaction or causation. This clearly also denies the possibility of freewill and free choice, so Leibnitz unconvincingly argued that, while you might be pre-destined to choose one option, another always remained possible. He stitched himself up still further by trying to demonstrate that God, the principle of divine harmony, has already chosen the best of all options for us, because he is Good.

However if Go(o)d is the only one who can exercise free choice then he has actually chosen this world, and everything for us from then on in is pre-determined.[8] Before them both Ibn Rushd Avveroes wrote On the Harmony of Religions and Philosophy permitting the use of allegory to interpret holy writ as a methodology of thought, albeit always within the context of religion and strictly withheld from all but those whom he considered to be from the enlightened classes. Only such people he felt were capable of demonstrative or scientific reasoning and such interpretations should not be taught to the common people. He thus prevented the modernisation of his religion under whose unreformed impact many have suffered until today. Ibn Rushd was Islams’s foremost philosopher and he did much to bridge East and West as would Gandhi in his time. In particular he was instrumental in the rehabilitation of Aristotle which rendered a great service to those seeking to combat the opportunist idealism of Christian neo-platonism.

I know it is currently very fashionable to promote atheism but do not take this as a call to reject the gods without recourse if you want to cling to them. But at least let debate feed your nascent understanding that humans are actually very well equipped to survive without God or his fellows. Otherwise this will have been but dreaming when you raise your head from these pages as if from a pillow in the cold reality of morning.

[3] Leon Battista Alberti (1404-1472), De re aedificatoria, VI, ii. This definition was formulated late in life, informed by his admiration for Cicero, “that student of the beautiful”.

[8] For more on this see http://www.philosophyonline.co.uk/pom/pom_psychophysical_parallelism.htm.