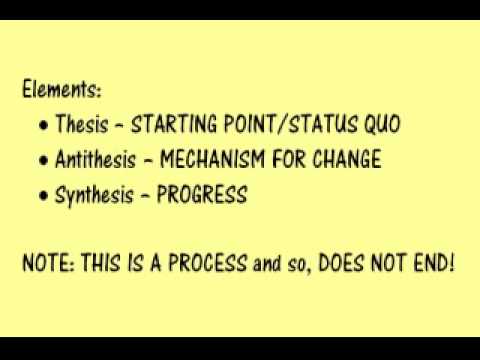 “The philosophers have only interpreted the world, in various ways; the point, however, is to change it.” Theses on Feuerbach 11th thesis Karl Marx 1845

Dialectical philosophers such as Kant and Hegel taught that, contrary to the discoveries of the previous centuries, resolution in fact feeds contradiction. But it was Marx who first posited that this process did not actually result in harmony.

At its best harmony is mere entropy. Newton demonstrated that every system contains only the energy of its inception. Entropy will triumph eventually as its dynamic inequalities are levelled and erased unless one injects a further charge. Regrettably our social experience of this phenomenon sentences us to the banal reality that eventually everyone’s coffee will attain some undrinkable tepidity. We all evolve in dynamic systems where those with the least energy drain the energy of the stronger in order to reduce everyone to a mediocrity that is Comfortable for them.

The conclusion of harmony is immutable calm but in fact our senses are activated only by differentiation. Rejoice in the twain but reject symmetry, for symmetry means invariance. Immobility with no shift in angle is counter-productive and remember that the shark moves or dies.

The Imprecise come to benefit from the powerful duality inherent in experience, where each problem contains its darker twin. I am defined by contradiction: where would evil be without the good, how shall I know joy if I have not known sorrow, how can the inner eye fantasise unless I first look at myself in the mirror? It is however a difficult thing to grasp this simultaneity of opposites and so release their power and all too often one can be seduced by the Comforts of reducing contradiction to mere opposition.

True, there is sometimes nothing more delicious than opposing, and teenagers have the best end of this, free as they are to achieve definition by opposition at that stage in their development. However opposition to the Other (of which more later) is not a mature activity and it does not build ideology; it just remains a reaction. Without ideology how can you tell which group or individual gets more of the limited resources, in which individual to invest the power of decision? Social interaction involves a conflict of wills: resources are limited, decision by individuals so powerful. Dealing responsibly with your protagonist in an adult way was never more urgently needed, not because of conflict but because of its opposite, Harmony, for the pursuit of harmony comes at a heavy price.

Let me return here to the one certainty: choice. At the point of departure of any situation often arise twinned links where I am unable to take the two available paths simultaneously. My second responsibility to my Imprecise person in process of development, is to be prepared for every fork in the road, all other considerations becoming insignificant if I have not made mine the best choice. Informed choices produce all my learning because choosing a path that does not bode well is for ever composed of difficulties. The apparent symmetry in choice can lead one into thinking that its resolution will result in some “harmonious” comfort. If the dialectic show us that as I resolve each challenge I will always be presented with two more options, the Comfort of harmony becomes forever unattainable.

Time for me to accept and move forward, and enrich the processes of decision by developing the ability to sharpen contradiction.[1] There is great wealth in this dialectical approach. If the resolution of my dilemma is the production of a new series of choices this serves as my guarantee that there will always be options. I can press on without regrets, taking the best of the rejected options with me as I go, safe in the knowledge that if I retrace my way, that bifurcation is still back there. It is exalting to take control of the choices on my own path and at the same time to know that all rejected options continue to exist, ready to be reconsidered another day perhaps.

Yet what happens when I encounter a conflict situation or have to manage change in my social environment? My primary responsibility as the representative of Imprecision, (s)he who comprehends the erroneous pursuit of harmony and the angelic role of leadership, should be to read truthfully the complex levels of understanding and confidence within my social group. The primary requirement as the Imprecise member will be to understand the differing levels of agreement and trust within the group.[2]

The gross disadvantage of conflict or change situations is the way they reinforce immediately any hierarchies of authority or trust that already exist within the team, precisely at the point when the situation is crying out for a dose of flexibility and free-thinking. This is further complicated by the fact that as the team huddles closer to head into the coming storm, a silent request goes out for some leadership. This has the perverse effect of again reinforcing the existing hierarchy, where we rely on the person at the top to hold this role because he or she is at the top, not because the incumbent has the ability to steer the team out of the crisis.

Our work on the inverted pyramid will demonstrate that frequently the power of those above is mere appearance, untried, untested and supported only by tacit agreement born of fuzzier days, when the main breadwinner, the originator of the business idea or simply the one appointed to higher office, was the most appropriate leader. The vital observation for the Imprecise in this regard is that the power of the person in this position is much less than absolute.

Why might this be? We see, when upending the pyramid, that what leaders can deliver from the top down depends wholly on the will of those below. This leaves the team with space to reassert its dynamic in some other form and gives power to the Bottom-Up. Most people do not reach the top of the pyramid of success in their chosen field. This is due to a design flaw inherent in the pyramid, not to the availability of talented people. You will see many still clinging to the sides of the pyramid in fierce loyalty to their creativity, often despite having exhausted all available options, the summit just as distant.

The work of Peter Block provides us with a way to interpret a changing team landscape as a matrix bounded by the varying levels of agreement or trust within the group. Leading change from within a team is a major moment of Imprecision for everyone. Some members will have found such Comfort in their historical Precision as to create a real sticking point, where risk and disturbance are shunned. The first group to identify in this landscape will be my supporters, most likely those who both agree with my strategy and trust me to deliver it. The second group becomes easier to spot since they reside at the other end of this scale; very suspicious of me and not in agreement at all. These are the most hostile and the least willing to enter into the realm of Imprecise behaviours which will disturb their current reality and require risky behaviour.

I will need more finely tuned antennae to identify and deal with areas of a more partial resistance. These will come from those who trust my judgement but just cannot agree with the strategy I propose, or from those who might agree with the strategy but just do not trust me to deliver it. These are sobering encounters and tricky to deal with. It can be heartbreaking to contradict a loyal member of staff who has trusted me for years, and lose their support over a strategy that they cannot in all honesty espouse. I would do well to heed their critique of the project but may eventually have to admit that these people are just going to oppose me.

I may find it more distasteful to manage those who agree with the strategy but do not see me as the best person to deliver it. It feels odd and very Imprecise to discover that these supporters of the changes proposed identify me as the problem in their delivery. Not so much sobering, as humbling. I will do well to dwell on the reasons for their lack of trust, for it is a pity to lose people who would work for change if only there was a different leader. If I cannot agree with them that I am not the person to deliver change, then I am going to have to live with them like I would a lodger, paying the bills but not as someone to share my intimate moments with. For the Imprecise the most interesting thing in this approach lies in knowing how to interpret these four behaviours to one’s advantage.

My supporters will present few problems which thankfully leaves me more room to focus on the more problematical groups. A tactic I use with those who express low agreement is to carefully explain my position and asking the reasons for the disagreement, yet staying quite prepared to walk away. For those who lack trust, I acknowledge what it might be about my leadership style that produces this resistance to my person, but without necessarily apologising for it. Interestingly, for those who trust me but do not agree with me at the moment, this might be the group who could move the furthest and be most likely persuaded round to my point of view. For those who might well be in agreement but where there is a problem of trust (which may well be me not trusting them), since they are in agreement I do not waste much time on them, although the general advice would be never to turn my back. For those who oppose me absolutely, that is who can neither agree with nor trust me, there are strategies that could get some of them to shift their position but I will get little movement out of this group and the time and effort spent may best be spent elsewhere.

Perhaps most vitally for the Imprecise however is that Block, once he has worked through the four obvious permutations in his model, becomes one of the few to finally reject the comfortable symmetry of the millennial fourfold model. He recognises and includes an important chaotic factor, a group that hovers somewhere in between opponents with low trust in me and those who keep their counsel on the advisability of the changes proposed. We might be mutually distrustful, but the fact that their level of agreement remains unknown allows me to seek clarification pretty assertively. Their low trust can be worked on and their exact level of agreement remains to be coaxed into something more decisive. I may be able to get some into the supporter category but far from everyone and this is going to remain an uncomfortable relationship at best.

In all this, I do bear in mind that the democratic principle only requires a majority of supporters for positive action to be taken. I respect those who oppose, but seek to maintain them as a minority of dissenters in the team at all times. Abstaining from the process is a luxury many cannot afford, so I continually remind those who refuse to engage that they will end up forfeiting the right to influence the coming changes. The handing of their choice over to a third party in this way can be personally the most damaging decision for them.

That’s all for now, folks! The End

[1] For Lenin, ‘sharpening the contradictions’ was a ‘juvenile’ political position that cared little about its impact on the people who bore the brunt. In Left Wing Communism: An Infantile Disorder: V.I.Lenin (1920)

[2] From http://www.dangerouslyirrelevant.org and The Empowered Manager, Peter Block.