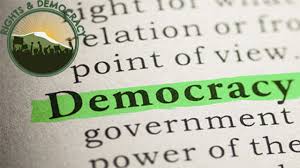 Get interested in direct and representative democracy: the new focus is about making my vote count.

But how to expose the power gap in society?

“The big divide was never between leave and remain, nor black and white, nor men and women, nor north and south. It’s between those with power and those without.” Nadir Afzal, ex regional chief prosecutor.

The state is under attack in favour of investment in bubble zones that have the potential to return on your investment, ie the green zones. The red and orange zones are being stepped over and causing the breakup of the statutory whole.

Extinction Rebellion’s new party: Beyond Politics: “The current political system is corrupt and failing. They want to hand power to ordinary people through citizens’ assemblies, and plan to field candidates across the country for future local, regional and national elections” – starting with a north London activist, Valerie Brown, who is to stand for mayor of London at next year’s election.

But see opendemocracy.net: “Objectivity is commendable but blind neutrality is absurd. The persistent push to enforce ‘neutrality’ stifles rebels from speaking openly about a political party. The result is that the people most passionate about addressing this crisis are kept out of the conversation.”

Transcending the tribalism of Party politics is laudable but XR should be driven by the absolute need to avert catastrophe. We should take actions that will further that end and that end only