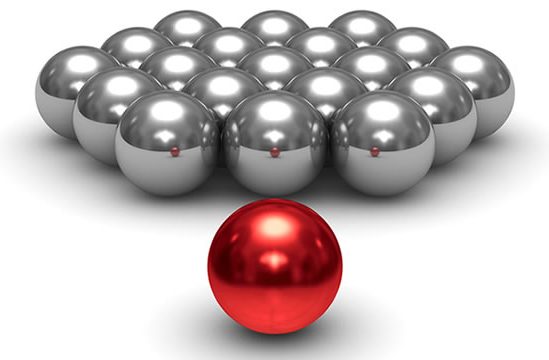 A democratic breakthrough? 2 UK models: from the many to one

The Government plans to create “a series of new mayors within the next ten years”, Ministers have revealed.

It will tell councils across the country that they must create regional mayors if they want a share of the funding that is being allocated to existing mayors, such as Andy Street in the West Midlands and Andy Burnham in Greater Manchester.

While “metro mayors” have so far been created in big cities and urban conurbations, the Government will tell rural areas and towns that it wants them to follow suit.

But in a move likely to be extremely controversial, the Government’s “Devolution and Local Recovery White Paper”, to be published in September, will state that regions must agree to abolish district councils in order to be eligible for a mayor. A White Paper sets out government proposals and begins a period of consultation.

Simon Clarke, the Minister for Regional Growth and Local Government, said the proposals amounted to “the greatest decentralisation of power in our modern history”.

At the moment, the West Midlands has a mayor serving Birmingham, Solihull, Walsall, Dudley, Sandwell, Coventry and Wolverhampton. But there is no metro mayor in the wider West Midlands region, including Worcestershire, Herefordshire, Shropshire, Staffordshire and Warwickshire.

At the same time, much of the region has a “two tier” system of local government, with communities served by county councils and smaller district councils. For example, Bromsgrove, next to Birmingham, is covered by Worcestershire County Council and Bromsgrove District Council.

The Government is planning to tell areas such as Worcestershire that they must abolish their district councils, creating what is known as a unitary authority instead, in order to create a regional mayor. In return, they will have access to extra funding. For example, Chancellor Rishi Sunak announced a £4.2bn transport fund in March this year – but the money is only available to regions with mayors.

Mr Clarke set out the Government’s plans at the Northern Powerhouse Education, Skills and Employment Summit earlier this week. The speech was published on the Ministry of Housing, Communities and Local Government (MHCLG) website but then deleted. An MHCLG spokesperson declined to explain why it was removed.

The Minister said the current arrangements, in which areas with mayors received more funding than those without, could not continue. The answer, he said, was to create more mayors.

Mr Clarke said: “I do not believe it is either right or sustainable to have the current asymmetry in our devolution arrangements.

“Whereby the gap between those areas that have mayoralties enjoying the resulting funding and freedoms … and those areas that do not … will only widen, unless and until we take action to address it.

“With that in mind, we need to provide local authorities with a clear blueprint to take forward their own aspirations for devolution.

“This September, the government will therefore be publishing the Devolution and Local Recovery White Paper … which will lay a clear path for levelling up every region of our country.

“It will provide a roadmap for establishing a series of new mayors within the next ten years – representing the greatest decentralisation of power in our modern history.

“In our towns, cities, and rural counties, we will give local places the ability to come forward with new mayoral devolution deals which work for every community, allowing them to become masters of their own destiny.

“The White Paper will also redefine the way in which local government serves its communities by establishing the unitarisation of councils as a vital first step for negotiating these mayoral devolution deals in the future.

“A move to unitarisation will streamline the delivery of good governance. Place local government on a more sustainable financial and population footing…

“Inject more accountability into our democratic structures and save money that can be re-invested in those communities.”

An MHCLG spokesperson said: “We have set out a clear commitment to level up all areas of the country by empowering our regions through devolving money, resources and control away from Westminster.

“We are considering a range of options and will set out our detailed plans in the White Paper that will be published this Autumn.”

A CONTROVERSIAL bid to abolish all five of Somerset’s councils and replace them with one, unitary authority, has been approved.

The plan, which is now set to be submitted to Central Government for approval, would see Somerset West and Taunton, Sedgemoor, South Somerset and Mendip District Councils abolished, as well as Somerset County Council.

They would instead be replaced by a single authority overseeing all services in the county.

Supporters of the plan say it would bring about a more simplified authority, making it easier for residents to have their say, as well a saving millions a year.

But critics of the move say it would disenfranchise people living in the county and that the plan has been rushed through in the midst of a global pandemic, not giving people a proper chance to have their say on the scheme.

“This was a big step, a really historic step, but one that will end confusion over which council does what and bring real benefits to our residents, businesses and communities,” said Council Leader David Fothergill, who has championed the move.

“I’ve invited leaders from all parties to work with me to ensure we get it right for Somerset.”

The vote is the latest step to bring a single authority approach to Somerset with the business case due to be submitted to Government for a final ruling.

Cllr Fothergill says the business case has given a big tick to each of the Government’s tests for unitary status – it is based on local people having more say on decisions that affect them; it is the right size for our population; and it has good support.

As today’s vote took place, the latest figures of an online survey show 60% of those taking part so far support moving to a single council.

Through the establishment of 15 to 20 new Local Community Networks (LCNs) across Somerset, One Somerset will also give local people the opportunity to shape their own communities. These will have real constitutional powers to scrutinise, impact and take decisions, he added.

The council also claims the move would save around £18.5m per year through reducing duplication, efficiencies of scale and reduction to back office and multiple contracts, allowing One Somerset more scope for investment in prevention and service improvements.

Cllr Fothergill added: “All councils agree change is needed – and Somerset is one of few councils still operating in an outdated two-tier system.

“Most local authorities, including most of our neighbours, are now single council models and reaping the benefits of a more efficient, streamlined service bringing real benefits to the lives of communities.

“One council for Somerset, all working together and closer than ever with partners and communities, will improve lives.”

The business case was passed by the council today (Wednesday), after a four-hour debate in which some councillors voiced opposition to the move.

Cllr Tony Lock said the unitary matter should go to a referendum, while Cllr Simon Coles was in favour of deferring the project until the economy was more stable following the coronavirus pandemic.

Now, the county council expects to receive a letter from the Secretary of State for Housing, Communities and Local Government, the Rt Hon Robert Jenrick MP, inviting the council to submit its business case for official review.

Further consultation will then take place in autumn 2020 with the aim of a new single council fully operating from 2022.

To find out more about the One Somerset  visit www.onesomerset.org.uk.