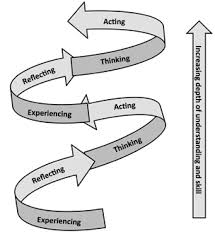 How do I learn? Through the actions of my fellow humans who destabilize my view of the world: for from chaos comes instability comes experience comes learning.

I am apprenticed to Imprecision and into which I have had to distill my whole life. Few stones have been left unturned. The apprenticeship of Imprecise behaviour is a major challenge and its acquisition remains an enigma. Imprecision has escaped me as I travelled, spiralling off into another dimension not yet attained but somehow already familiar.

I will not linger over the brevity of life nor the length of art because earthly life has lengthened and art has become much shorter but our experience of life continues to demonstrate that opportunity is fleeting, experimentation hazardous and thinking just plain difficult.

As I travel I have been presented with opportunities that were to be seized in passing. For a formerly Precise person this came as a frustration, but I took heart that reality marks the point at which I began to part company with this old version of myself. The fragmented nature of this learning remained confusing because Imprecision cannot be acquired in its entirety in one session, so I had to be opportunistic. To take what shone today and discard the rest; I could always integrate it into my inner being when I was finally ready to confront it anew.

There were moments of hazardous experiment with my personal circumstances but none of them could be qualified as genuinely life-threatening. They were more “what-ifs” considered from inside the safety of my mental landscape, rather than physical phenomena that inhabited the flesh.

I improved the quality of my thinking right away by not seeking virtue from my apprenticeship, the Virtuous Apprentice being most famously illustrated by William Hogarth in those sequential engravings so characteristic of this artist’s visual intelligence. The tale of course is rather longer than those visuals, since the Reformation launched Protestantism and right from the start used the diversionary tactic of the Virtuous Apprentice to prevent informed debate on its work ethic.

This can be seen in the development of the dramatic arts. By the end of the fifteenth century, the Catholic didactic medieval morality plays had been transformed into “interludes”, performed at noble households at holiday times. These effected a shift in focus away from the religious towards the political, and so completed the move towards the secular away from any shared critical understanding. Incorporating music and dance, these in turn became the Renaissance dramas, elaborate farces presenting political satire dressed up as medieval allegory. This came complete with Vice and Virtue for characters.

Such hidden education in the worth of the Protestant Ethic reached its zenith in the nineteenth century, that apogee of the Industrial Revolution. Renaissance drama meets Hogarth in Trollope’s nineteenth century novel “The Three Clerks”, which I doubt anyone reads now, where the successes of his character Henry Norman are due to a doggedly virtuous apprenticeship. Victorian melodrama extended medieval and renaissance themes into a riot of music and theatre (Melo-Drama), the sensational plots dwelling on Love and Murder, where stock characters saw not-very-clever Good triumph over scheming Evil but only because Fate intervenes.

It is a measure of the phenomenal reach of this lack of critical awareness in the apprentice class, that the acting profession grew by over 60 percent between the censuses of 1881 and 1891 and yet more again from 1891 to 1901. Thus did this work ethic feed an apprentice revolution.

Before the Industrial Revolution it was land that had upheld family and work. For some five thousand years, in the guilds, the apprentice was the model of education, passing down the skills of the land through centuries of generations, subsumed and upheld by the Catholic church. The most famous apprentices however were destined to be the Protestant boys of Derry who, in shutting the gates against the Catholic forces of Lord Antrim in 1688 for fear of an impending Protestant massacre, initiated the rebellion against James II and gave rise to the Brotherhood in 1814, whose 1969 celebration of the historic lifting of the siege of Derry was to light the fuse of the more recent Troubles.

It is in Emile by Jean-Jacques Rousseau that apprenticeship as the most eloquent and influential model of education is propounded, but he moves it fatefully on from politics, from a matter of class to one of concern about character, out of which developed a deep and harmful sentimentality. This was of great appeal to young women from the 1760s on, like the young Jane Austen, whose few novels decree that over-emphasis of the distinctions among classes progressively blurs the distinctions amongst characters, to the point where much disorder is created by the ill-matched marriages which thus result.

To come to live with Imprecision, it was time for me to return to self-reliance by harnessing my innate mental and physical strengths.

You will know from a previous section that I feel that we have lost touch with our innate abilities, those internal strengths for survival with which each of us is naturally endowed, many of us handing over to third parties, sometimes in exaggerated quantities, all the decisions controlling our personal choices. Rendered somehow immobile without these external props, we entrust the chaos of our lives to those who can make everything seem as Precise as possible and so Comfortable.

No. We need to have more confidence in experience and so I let my mind sink vertiginously into its myriad banks like some vast net descending onto shoals of fish.

Experience makes my culture distinct; determining the words that I use, the landscape I describe, the climate I endure, the values I espouse. Therein lies the foundation of my current identity and I seek out its origins for how will I know where I am going if I do not know where I have been?[1]

But my innate abilities do not suffice in this turnaround: even greater is the impact of the Other. The impact of my personal decisions is increasingly felt by all humanity and the heart of my future will not continue to beat unless I can get to truly inhabit our shared humanity, that is the landscapes that surround us and the way we behave towards each other.

[1] Variously attributed to Seneca, George Santayana, etc, the phrase resurfaces as original from time to time.