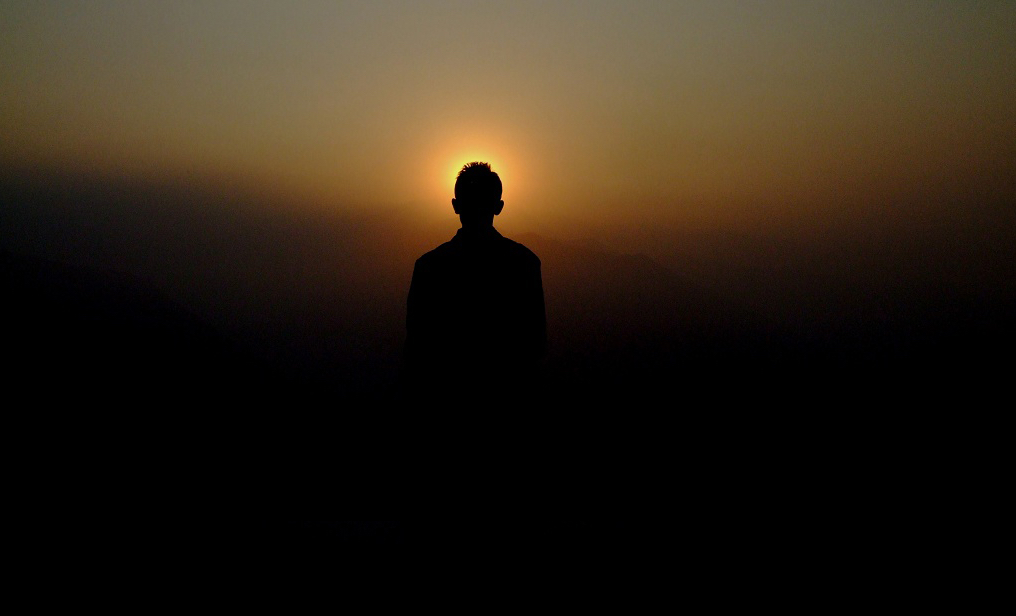 Our first concern as lovers of our country must be to enlighten it. Rev Richard Price 1789

I find enlightened minds congenial, I savour their pithy prose and feel more in tune with those warm, witty, clubbable men. They were broad-minded, they espoused pluralism, their register was ironic rather than dogmatic. The enlightenment was not a crusade but a tone of voice, a sensibility. Tolerance was central. The world they were making is the one we have inherited, that secular value system to which most of us subscribe today which upholds the unity of mankind and basic personal freedoms, and the worth of tolerance, knowledge, education and opportunity. Roy Porter Enlightment Penguin Books 2003

The Age of Enlightenment refers to the 18th century in European philosophy, and is often thought of as part of a larger period which includes the Age of Reason. The term also more specifically refers to a historical intellectual movement called “The Enlightenment.”

The 18th century saw a continued rise of empirical philosophical ideas, and their application to political economy, government and sciences such as physics, chemistry and biology. They believed that human reason could be used to combat ignorance, superstition, and tyranny and to build a better world. Their principal targets were religion and the domination of society by a hereditary aristocracy.

The Enlightenment advocated rationality as a means of establishing an authoritative system of ethics, aesthetics, and knowledge. The intellectual leaders of this movement regarded themselves as courageous and elite, and regarded their purpose as leading the world towards progress and out of a long period of doubtful tradition which had been full of irrationality, superstition, and tyranny. This movement also provided a framework for the American and French Revolutions, as well as leading to the rise of capitalism and the birth of socialism. It is matched by the high baroque era in music, and the neo-classical period in the arts.

At this point however, this analysis of the positive impacts of the Enlightenment should not hide the truth that Enlightenment principles did not extend to slaves (nor women for that matter), who remained without property rights, basic humanity and access to economic incentives or self-improvement. The belief in progress through reason, the common denominator of Enlightenment thinking, was starkly absent from the management of plantations and short-term financial gain was achieved by merely driving the slaves harder. Strategies for longer term gain did mean that slaves were treated more benevolently, but only in order to extend their life spans or their earning capacity by providing labour on acquiring new plantations.

In order not to fall into the trap of “cancel culture”, whilst it is true that the rate of productivity on plantations of course tended to be governed by established social norms, it is also true that the Enlightened never offered up this particular norm to change.

So what can usefully be retained?

In their Western European bubble, people came to assume that through a judicious use of reason, an unending progress would be possible – progress in knowledge, in technical achievement, and even in moral values. Following the philosophy of Locke, the 18th century writers believed that knowledge is not innate, but comes only from experience and observation guided by reason. Through proper education, humanity itself could be altered, its nature changed for the better. A great premium was placed on the discovery of truth through the observation of nature, rather than through the study of authoritative sources, such as Aristotle and the Bible.

More than a set of fixed ideas, the Enlightenment implied an attitude, a method of thought. According to the German philosopher Immanuel Kant, the motto of the age should be “Dare to know.” A desire arose to re-examine and question all received ideas and values, to explore new ideas in many different directions. They liked to refer to themselves as the “party of humanity,” and in an attempt to mould public opinion in their favour, they made full use of pamphlets, anonymous tracts, and the large numbers of new journals and newspapers being created. Because they were journalists and propagandists as much as true philosophers, historians often refer to them by the French word philosophes.

Critical intelligence, tolerance, respect for evidence, a regard for the secular sciences. Though the founders differed on many things, they shared these values of what was then modernity. They addressed “a candid world,” as they wrote in the Declaration of Independence, out of “a decent respect for the opinions of mankind.”

Michel de Montaigne, in a modest but ultimately subversive way, asked a single question over and over again in his Essays: “What do I know?”

By this he meant that we have no right to impose on others dogmas which rest on cultural habit rather than absolute truth. Powerfully influenced by the discovery of thriving non-Christian cultures in places as far off as Brazil, he argued that morals may be to some degree relative. Who are Europeans to insist that Brazilian cannibals who merely consume dead human flesh instead of wasting it are morally inferior to Europeans who persecute and oppress those of whom they disapprove?

This shift toward cultural relativism, though it was based on scant understanding of the newly discovered peoples, was to continue to have a profound effect on European thought to the present day. Indeed, it is one of the hallmarks of the Enlightenment. Just as their predecessors had used the tools of antiquity to gain unprecedented freedom of inquiry, the Enlightenment thinkers used the examples of other cultures to gain the freedom to reshape not only their philosophies, but their societies. It was becoming clear that there was nothing inevitable about the European patterns of thought and living: there were many possible ways of being human, and doubtless new ones could be invented.

It is one of the great paradoxes of history that radical doubt was necessary for the new sort of certainty called “scientific.” The good scientist is the one is willing to test all assumptions, to challenge all traditional opinion, to get closer to the truth. If ultimate truth, such as was claimed by religious thinkers, was unattainable by scientists, so much the better. In a sense, the strength of science at its best is that it is always aware of its limits, aware that knowledge is always growing, always subject to change, never absolute. Because knowledge depends on evidence and reason, arbitrary authority can only be its enemy.

Today the Enlightenment is often viewed as a historical anomaly, a brief moment when a number of thinkers infatuated with reason vainly supposed that the perfect society could be built on common sense and tolerance, a fantasy which collapsed amid the Terror of the French Revolution and the triumphal sweep of Romanticism.

Let us remember that religious thinkers repeatedly proclaim the Enlightenment dead: Marxists denounce it for promoting the ideals and power of the bourgeoisie at the expense of the working classes; post-colonial critics reject its idealization of specifically European notions as universal truths; and post-structuralists reject its entire concept of rational thought.

Yet the Enlightenment left a lasting heritage for the 19th and 20th centuries. It marked a key stage in the decline of the church and the growth of modern secularism. It served as the model for political and economic liberalism and for humanitarian reform throughout the 19th-century Western world. It was the watershed for the pervasive belief in the possibility and the necessity of progress that survived, if only in attenuated form, into the 20th century.

In many ways, the Enlightenment has never been more alive. The notions of human rights it developed are powerfully attractive to oppressed peoples everywhere, who appeal to the same notion of natural law that so inspired Voltaire and Jefferson. Wherever religious conflicts erupt, mutual religious tolerance is counselled as a solution. Rousseau’s notions of self-rule are ideals so universal that the worst tyrant has to disguise his tyrannies by claiming to be acting on their behalf. European these ideas may be, but they have also become global. Whatever their limits, they form the current consensus of international ideals by which modern states are judged.

Members of the Gorilla Club are actively engaged in many modern debates on racism, migration, poverty, diversity, international relations, cultural identity, the environment and so on. The Gorilla Club is a liberal project, playfully inspired by knowing how gorillas use the primate brain and whose intellectual roots lie in the English Enlightenment – without condoning the excesses of either behaviours, nor offering approval or justification for the negatives that result.

The eighteenth century was a century of mind-boggling change: when Europeans entered the nineteenth century, they lived in a world that barely resembled the beginning of the eighteenth century. In the one hundred years in between, European thought became overwhelmingly mechanistic as the natural philosophy of Isaac Newton was applied to individual, social, political, and economic life. The century saw the development of the philosophe movement, which articulated the full values of the European Enlightenment, including deism, religious tolerance, and political and economic theories that would dramatically change the face of European society. Europe itself changed from a household economy to an industrial economy. This change, perhaps one of the most earth-shattering transitions in human history, permanently altered the face of European society and the family. Finally, the century ended in revolution. The ideas of the philosophes were translated into new governments–one in France and one in America–that shook the old order down to its very roots.

The legacy: some Enlightenment values are echoed in the contemporary

In general: political debate, literature, the arts, tides of taste, the commercialisation of culture, the forging of nationalism, interest in the moral, the material and the medical.

The Family Group: prized as a natural institution with close and friendly links between its members

Leisure: the Moderns aimed to get the mix right between business and pleasure. The English like to think of themselves as not wasting time hence the habit of buying take-away meals from street sellers, which was meant to give them more time for leisure. Cheap elegance and free-for-alls flourished.

Conviviality: sociability made for the healthy well-balanced individual/and the polished stable state. They colonised congenial urban space and set up clubs where they could be at ease smoking, talking or indulging themselves in blissful silence.

New Horizons: discovery was the watchword of enlightened science and exploration and the progress of geographical and ethnographical knowledge

The Science of Man: study of the human skeleton and the teaching of art and anatomy.

Industry: links between art, artistry and artisanship, fascination for the manufacturing process and pride in craft skills.

Freely adapted from Wikipedia and articles by: